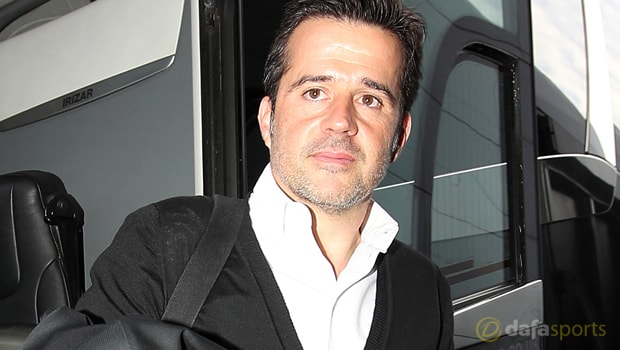 Watford boss Marco Silva has called for an end to speculation linking his name with the vacant job at Everton.

The 40-year-old Portuguese has however stopped shy of ruling himself out of the race to succeed Ronald Koeman at Goodison Park.

Speaking to the press ahead of Watford’s trip to Newcastle on Saturday, Silva insisted he had no interest in discussing the Everton role.

“I will answer straight [and tell you] to stop because I don’t like to talk about speculation and all these things,” Silva replied.

“I’m here to talk about our match Newcastle v Watford and nothing more.”

Silva joined Watford in the summer on a two-year deal, having failed to keep Hull in the Premier League last season after taking over in January.

Watford have so far resisted any overtures for their manager, with press reports suggesting they have told Everton to look elsewhere in their search to replace Ronald Koeman.

Silva was then asked if he felt it would encourage further speculation should he fail to clarify his position.

“Okay if you like the speculation continue in your way,” he responded.

“I don’t like to talk nothing more about this because sometimes I talk and after you go in the other way. I don’t give one more word on this situation for you.”

Caretaker boss David Unsworth has been overseeing things at Everton since former Southampton boss Koeman was axed last month in the wake of a poor start to the season.