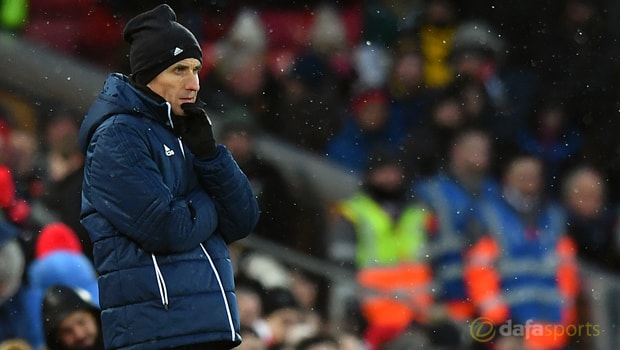 Watford coach Javi Gracia insists the club can match Abdoulaye Doucoure’s ambitions by qualifying for Europe in the coming years.

The midfielder is being linked with a summer switch to one of the Premier League’s top six after a superb campaign so far.

The 25-year-old has scored seven goals in 30 league appearances to help the club climb up to 11th in the table.

Gracia’s troops are just seven points off the top seven, with a Europa League spot potentially up for grabs this season.

Although Manchester United, Tottenham, Liverpool and Arsenal have all been linked with the Frenchman, Gracia believes the Hornets can match his ambitions.

He told reporters: “Doucoure is playing for a very big team, playing in the Premier League and in the future I would like him to play with Watford in Europe.

“Maybe in the future he can play with other big clubs who play in the Champions League.

“But what I feel at this moment is that all of our players are proud to belong at this club. They are concentrated on the next match and trying to put the team as high in the table as possible.

“I don’t know his situation at the moment. He feels happy playing for Watford, and I wish he will play with us for a long time, but the player decides what is best for his future.

“Doucoure knows he is important, not for me, but for the club and his team-mates. I am only focused on the next seven games and I am sure Doucoure will help us with his best attitude until the end of the season.”

Watford are next in action on Saturday as they prepare to welcome Bournemouth to Vicarage Road.