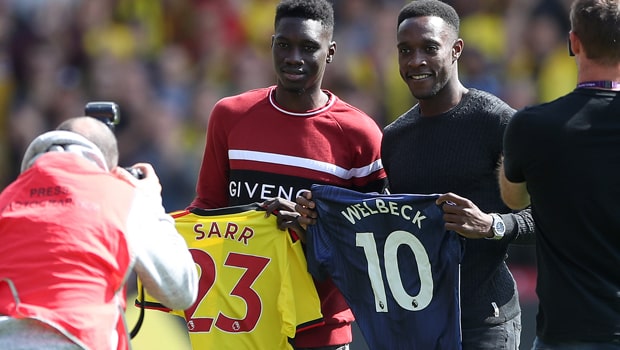 The Senegal international joined Watford from Rennes for £30million but was given a break after winning the Africa Cup of Nations during the summer. The Hornets’ record signing started training this week, and he could make an appearance during Saturday’s meeting with West Ham United.

Sarr missed all of Watford’s pre-season games, but he is now working his way back to full fitness. Coach Javi Gracia is excited by the player’s arrival, and Capoue has echoed his comments after helping him settle into life in London.

He told the club’s official website: “He’s a guy without fear. He’s always trying to go forward, and these are things we absolutely need. He’s the type of guy that can make a difference.

“All the French boys know him for two years, and we know he is a very young talent. We are very glad he signed for Watford. He feels very happy to start the season with us, and he’s a very happy guy who now just wants to show what he can do on the pitch.

“He’s shy as he doesn’t speak English, but when he is with the French players, he is a normal guy. He speaks a lot with us, and I try to help him as much as I can – not only him but every new player. “We have to help put them in the best condition to give 100 per cent for us and make sure they feel very good in this club.”

Despite losing their first two games of the season, Watford are 2.15 to beat the Hammers, with the draw 3.50, while West Ham are 3.50 to grab all three points after they showed signs of improvement when drawing with Brighton last weekend.