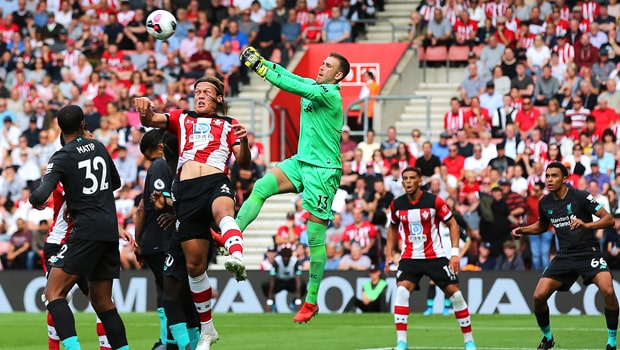 New Liverpool goalkeeper Adrian has described the club’s defence as ‘animals’ and believes they will improve as the campaign progresses.

The Reds have made a superb start to the season, winning both of their Premier League games against Norwich City and Southampton. Jurgen Klopp’s side also won the UEFA Super Cup against Chelsea last week, and Adrian has had to play his part after Alisson got injured against the Canaries.

Liverpool’s defence was the best in the top flight last season, but they have already conceded three goals this time around. In his latest interview with the club’s official website, Adrian has heaped praise on his team-mates and claims the defence is the best he has played behind.

“I think, for me as a goalkeeper, they make easy decisions. Honestly, they defend everything like animals! They help me a lot. “I played against them [the forwards] many times, so now I play with them, and I’m enjoying how they play from behind.

“I’m really happy for them because they are doing really well, they have a great connection between them. They are good players individually, but they are good friends in the dressing room also, and you can see that feeling on the pitch.”

Liverpool are next in action against Arsenal on Saturday, and they are 1.50 favourites to win. The draw is 4.75, while the Gunners are 6.00 to grab all three points at Anfield.