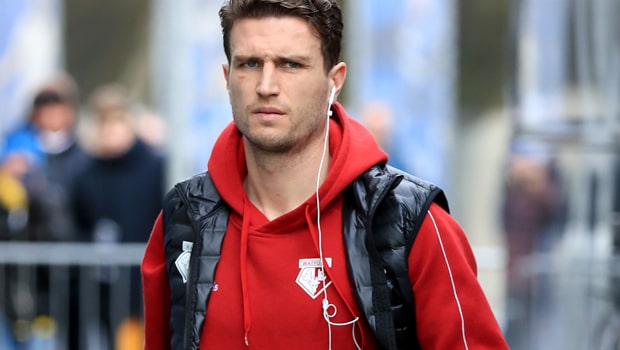 Watford defender Daryl Janmaat is expecting a tough night when they make the trip to resurgent Cardiff.

The Dutchman, who missed almost three months of the campaign with a knee injury, has now returned to the first-team fold. Janmaat is delighted to be back in the side as they scrap it out for seventh place in the Premier League.

However, they are likely to have a battle on their hands on Friday. Watford travel to Cardiff in buoyant mood after booking their place in the quarter-finals of the FA Cup last weekend.

They have only lost once in their last seven Premier League outings although Cardiff will be looking to extend their strong home record.

Cardiff have won five of their 13 home games this term, compared to just two of 13 away from South Wales, and Janmaat is wary of going up against a well-drilled side.

Janmaat told Watford’s official website: Every game is difficult [in the Premier League]. They are out of the relegation zone now and they’ve won the last two.

“It will be tough, so we have to be ready and prepared because we want the three points, they are massive for us.”

The former Newcastle defender also spoke about Watford’s aims for the remainder of the season and has challenged his team-mates to finish strongly.

He added: “So far we’ve had a really good season. We’re in the quarter-finals of the FA Cup and we have a league good position, too.