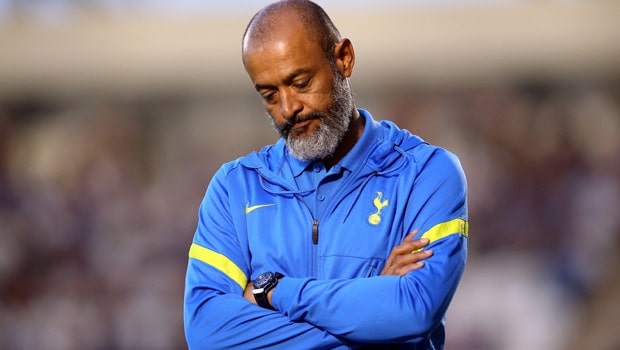 Tottenham Hotspur are close to securing the services of former Chelsea manager Antonio Conte as the club’s replacement for Nuno Espirito-Santo.

The Portuguese manager was shown the exit door on Monday after weekend’s 3-0 loss to Manchester United in the Premier League.

He spent just 4 months on the job overseeing just 17 games with the Spurs across all competitions.

The Italian left Inter Milan on a mutual level this summer after leading them to a title triumph in the Seria A.

The 51-year-old left Chelsea in July 2018 after leading the Blues to the Premier League, and FA just a year before.

However, Conte was approached in the summer when the Spurs were searching for a replacement for Jose Mourinho but despite extended discussions, an agreement was not reached as Nuno Espirito Santo became the club’s manager.

Meanwhile, Antonio Conte will sign his 18 months contract on Tuesday. He has said his terms and conditions which also includes the signing of over 8 players.

Tottenham are in ninth position with 15 points from 10 matches played this season.

Tottenham will face Dutch side Vitesse in the UEFA Europa Conference League before facing Everton and Leeds United in the Premier League.

Meanwhile, in Monday night action in the Premier League, Wolves beat Everton 2-1 at the Molineaux Stadium.

Max Kilman and Raul Jimenez scored in the first half to put the hosts in the lead after Hwang Hee-Chan’s 15th minute goal was chalked off by the VAR.

Nigerian midfielder Alex Iwobi pulled one back for the Toffees in the 66th minutes but Wolves had done enough.