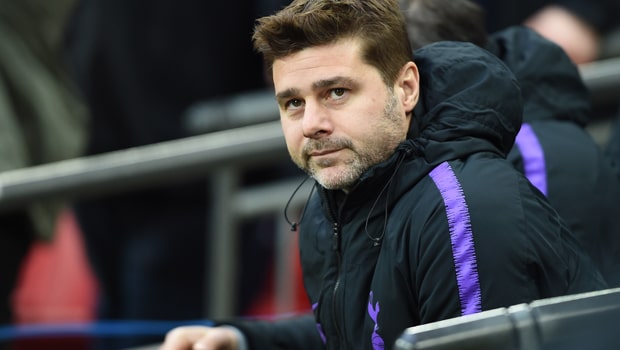 Mauricio Pochettino says it is still too soon to regard Tottenham as genuine title contenders despite overtaking Manchester City.

Spurs’ attack has gone into overdrive in recent games, and, after scoring six away at Everton, they netted five against Bournemouth at Wembley on Boxing Day to seal two extremely impressive results.

Those wins, combined with Manchester City faltering in recent matches, means Pochettino’s side have leapfrogged Pep Guardiola’s men into second in the table.

However, the are still languishing six points behind Liverpool, who are still unbeaten in the league so far this season. Pochettino, though, is remaining coy about Spurs title chances this season, referring to his side as a “question mark” in the title race.

“It is hard to be in the position that we are in. Still we are a question mark. “Then we can talk that we can fight for big things.”

Tottenham have suffered a few injury problems of late and have been forced to dip into their academy squad, with the likes of Kyle Walker-Peters and Oliver Skipp starting games in recent weeks. And Pochettino says the trust is fully there with his young players as much as the more experienced ones.

“One thing that we have is the belief in the squad, all of them young or senior players,” he said following the win over Bournemouth.