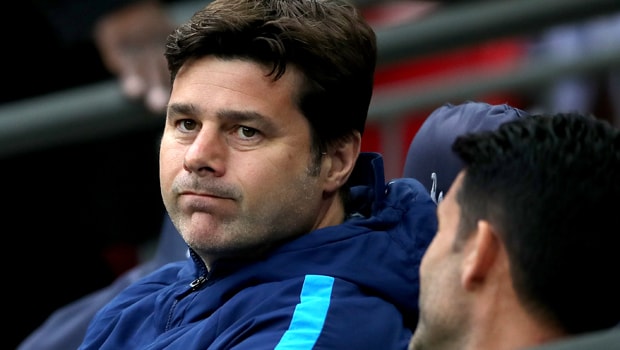 Head coach Mauricio Pochettino says he is uncertain if Tottenham will make any new signings before the summer transfer window closes on August 9.

Spurs, who finished third in the Premier League last season, are yet to bring in any new faces this summer and with time ticking away, the club will have to move quickly over the next week if they are going to add to their squad.

Numerous players have been linked with a move to Tottenham and it seemed at one point a move for Crystal Palace winger Wilfried Zaha was close to being completed.

However, things appear to have gone cold on a deal for the Ivory Coast international and the club will have to turn their attention to other targets instead.

Attacking reinforcements are said to be high on the Argentine’s agenda but the shorter transfer window means time is running out.

Speaking about the potential of new signings, Pochettino’s words will not have been welcomed by supporters after he refused to confirm if any new faces will be added to his squad.

“I don’t know if we are going to sign or not. We’re working on that,” he was quoted as saying by BBC Sport.

“I cannot tell you if we’re going to sign one, zero, two or three or four.

“We’re working. It’s true it’s so close, the transfer window is so close, but the club’s doing everything to help the team and add some players, more quality, and try to help us in the season to achieve what we want.”

Spurs travel to Newcastle on the opening day of the season and the visitors are 2.10 favourites to win, a draw is priced at 3.40 while the hosts are the 3.75 outsiders.