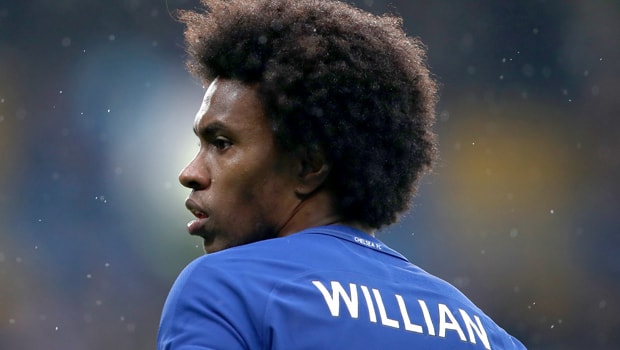 Chelsea forward Willian has hinted he will be staying at Stamford Bridge this summer after revealing how happy he is with London life.

Brazil international Willian has been linked with a move away from the Blues throughout the summer transfer window with Barcelona said to be very keen on wrapping up a deal.

However, the Catalans are believed to have had three bids, the final one being around £60million, rejected by Chelsea and the Spanish champions are set to turn their attention to other targets.

Interest in the 29-year-old, whose contract runs out in the summer of 2020, is still high although it appears the forward will be staying in the Premier League for another season at least.

Discussing his future with Brazilian television programme Esporte Espetacular, Willian said: “I am very happy at Chelsea and I am very happy living in London.”

Maurizio Sarri’s arrival as manager appears to have changed the mind of certain players who had looked destined to leave this summer if Antonio Conte remained in charge.

Willian’s compatriot David Luiz is now looking to stay at the 2016/17 Premier League champions and there seems to be more of a feel-good factor within the squad leading into the new campaign.

However, Sarri is still facing a huge battle to keep hold of Belgian pair Thibaut Courtois and Eden Hazard, who are both being targeted by European champions Real Madrid.

Chelsea, who are 13.00 to win the title, travel to Huddersfield Town on the opening day of the season and the visitors are 1.60 favourites to win, a draw is priced at 4.00 while the hosts are a 4.00 chance.