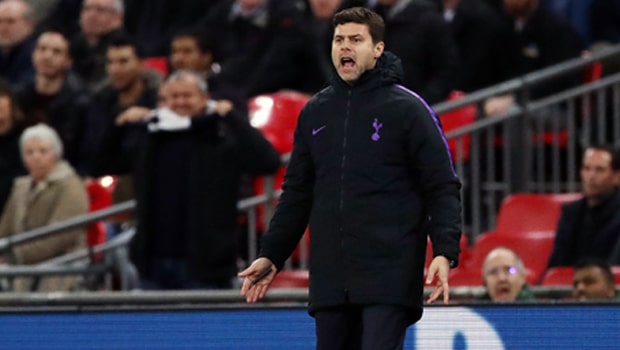 Mauricio Pochettino says his Spurs side believe they can go to Camp Nou and beat Barcelona in the final round of Champions League group fixtures.

Tottenham claimed a 1-0 win over Inter Milan at Wembley on Wednesday, thanks to a Christian Eriksen effort, to keep their hopes alive.

Spurs now sit second in the Group B table but face a huge battle to reach the next round as they almost certainly need a result at Barca to progress.

Pochettino’s men must match Inter Milan’s result at home to PSV Eindhoven if they are to book a last-16 spot as the Italian outfit are level on seven points with the same goal difference, with Spurs ahead of the Nerazzurri due to more goals scored.

Barcelona, who are 6.00 to win the Champions League outright, have already qualified as group winners although former Espanyol manager Pochettino isn’t expecting any favours from the Catalan giants.

“All is possible in football,” said Pochettino. “We have big respect to Barcelona, they are one of the best teams in Europe, it will be so tough. But we have belief and faith that we can win.

He added: “We need to approach the game in the best way and believe that we can win. What Barcelona is going to do is not in our hands. In the Champions League no one is going to give a present and not care about the result.”