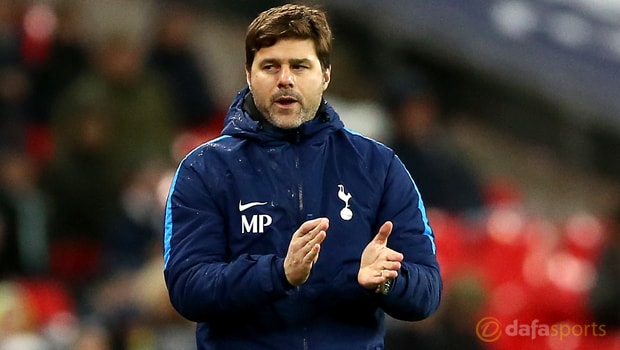 Tottenham Hotspur manager Mauricio Pochettino says he is eager to embrace the challenge of facing record-breaking Manchester City on Saturday.

Pep Guardiola’s side have stormed to a Premier League record of 15 successive victories courtesy of a 4-0 drubbing of Swansea at the Liberty Stadium on Wednesday.

Tottenham, meanwhile, have slipped to seventh after winning just one league game in November although Pochettino’s men are back on track following victories over Stoke and Brighton in the league on the back of a Champions League success against APOEL Nicosia.

The challenges don’t come any tougher than City away and Pochettino is keen for his side to test themselves against the best. “What happens on Saturday, who knows? We go to Manchester to try to win. Football is football,” Pochettino said.

“In the last week, we have got three wins, and that is so important for us. We now feel we can stay higher in the table. There is a long way to go in the season and anything can happen. “We are going to enjoy the game as it is a fantastic challenge to play Manchester City.

They are the best team in England and one of the best teams in Europe. I am so excited to play in these games.” Erik Lamela started his first game since October 2016 in the win over Brighton and Pochettino feels his compatriot can have a positive impact in what will be busy few weeks between now and the new year.

“I think it is so important, he brought fantastic energy to the team and the last few weeks, too,” Pochettino told reporters.

“It’s normal and he needs time to give his best. I think it’s so important for the team to have him fit again and I think he’s going to help us a lot.”