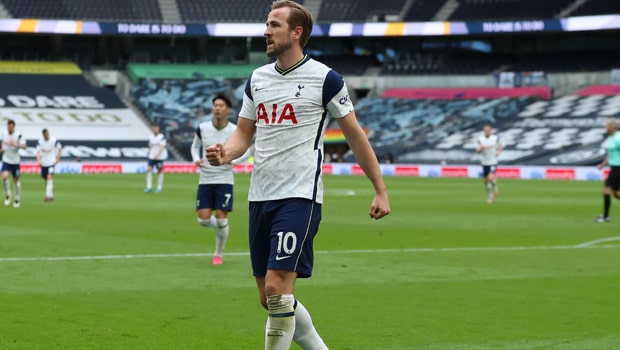 English striker Harry Kane didn’t turn up for training on Tuesday after concluding his three-week break following the Euro 2020 where he helped England to a second-place finish behind Italy.

The striker is believed to have a gentleman’s agreement with Tottenham’s chairman Daniel Levy to leave the White Hart Lane this summer in search of a trophy.

However, despite interests from Manchester City, a move hasn’t materialized as Spurs is keen on keeping their captain.

Kane was supposed to return on Monday to have a COVID-19 test before training starts on Tuesday morning.

The striker won the Premier League Golden Boot last season with 23 goals and he has a deal with Spurs until 2024 after signing a six-year deal in 2018.

“Harry is our player. Period. No need to talk about anything else, I am looking forward to him joining the group. Harry is one of the best players in the world. That is all I need to say.” Espirito-Santo has stated previously.

Meanwhile, no reason has been given for the absence of the English striker from training. On the other hand, Manchester City’s target Jack Grealish appeared at the Aston Villa training ground on Monday.

Colombian playmaker James Rodriguez has been told he is not in the plans of Spanish manager Rafael Benitez at the Goodison Park for the 2021/2022 season.

James was brought in from Real Madrid but he has not been consistent and failed to give value for money at the club.

His £200,000 per week wage is seen as too much to sustain for the club further, and the club is ready to let the Colombian leave if a suitable offer comes through.