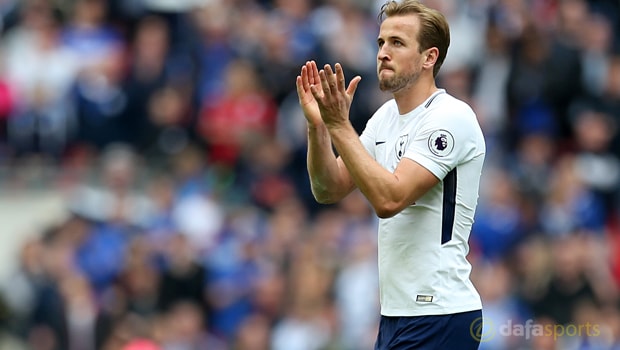 Former Chelsea and Manchester City midfielder Lampard won 106 caps for England and he feels the Spurs sharpshooter is a “world star in football” and therefore the right man to lead the team in Russia.

Gareth Southgate will name his 23-man squad for the World Cup on Wednesday and Kane, who scored 41 goals in all competitions this season as Tottenham finished third in the Premier League, will be in it.

The prolific marksman has netted 135 goals for Spurs and helped his side finish in the top three in each of the last three seasons.

He has been touted as a future target for the likes of Real Madrid, given his eye for goal and growing reputation and Lampard, now a television pundit, suggests the 24-year-old is ready to captain his country.

“Kane is the talisman and has been incredible over the last three seasons,” Lampard told BBC Sport.

“Everyone knows Harry Kane and what he can do. He holds himself well and is the man who you say will start every game.

Gareth Southgate won’t probably say that about any player but with what Kane has done, you would think he would be.”

Liverpool captain Jordan Henderson is also in the mix to be England skipper this summer, and Lampard feels he too is viable.

Once the captain is named, the ex-midfielder simply wants the squad to be allowed move on as a unit.

“I see no problems with his personality and the way he plays to do it and we do over-talk the captaincy role.

Whoever Gareth gives it to – him or Jordan Henderson – they are the standout candidates and let the team get on with it.”