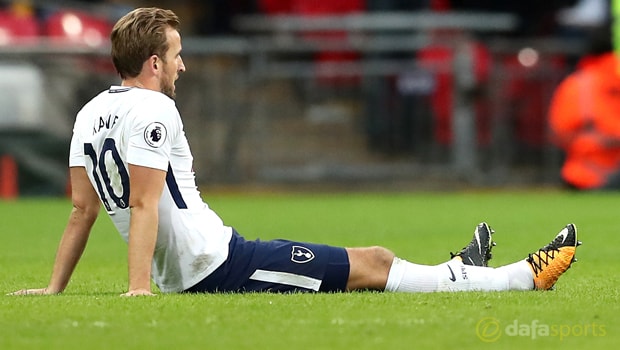 Real Madrid president Florentino Perez has praised the abilities of Tottenham striker Harry Kane although the Spanish club are not interested in making an offer.

The 24-year-old has managed to replicate his club form on the international stage and scored winners in the final two 2018 World Cup qualifiers against Slovenia and Lithuania.

Reports over the summer transfer window had linked the Englishman with a move to Real Madrid while team-mate Dele Alli was also said to be a target for the reigning European champions.

A move failed to materialise although after Kane impressed in the 1-1 Champions League draw at the Santiago Bernabeu last week, rumours again surfaced over a possible January switch.

However, Perez has now spoken out about the reported interest in the Spurs striker and insists his club are not preparing to make an offer.

“Signing Harry Kane has not passed through my head. He is a great player and in addition he is young,” he told Cadena COPE.

“He has many years to progress, but we are delighted with [Karim] Benzema and with all of the team.

“I didn’t ask Tottenham’s president for the price because he would have told me that he is worth 250million euros.”

Spurs return to league action on Saturday with an away trip to Manchester United and the visitors are 3.40 outsiders to win.