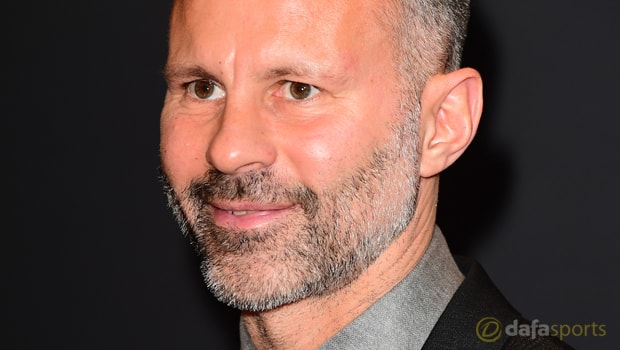 Former Manchester United assistant manager Ryan Giggs has thrown his name into the hat for the vacant positions at both Leicester City and Everton.

The Foxes made the decision to sack Craig Shakespeare on October 17 – the second Premier League boss to get the boot of the season – and it was not long until a third manager was axed by his club.

Following Everton’s 5-2 defeat at home to Arsenal on Sunday, Dutch tactician Ronald Koeman was let go on Monday afternoon and Under-23s boss David Unsworth has been placed in temporary charge.

Michael Appleton has been handed the same responsibility for the Foxes and he guided the 2014-15 Premier League champions to a 2-1 win away at Swansea City in his first game in charge.

Several names continue to be linked with both clubs, with Burnley chief Sean Dyche believed to be high on the list of potential candidates for both.

However, United legend Giggs, who has been out of work since May 2016, has now revealed his desire to manage either Everton or Leicester and would jump at the chance if presented.

“For me these are clubs I would be interested in,” he told Sky Sports.

“I think you look at those two teams, Leicester being champions two seasons ago, Everton being a fantastic club with a fantastic history.

“However, there are a lot of coaches out there who would be interested in those positions.”

Leicester are currently priced at 13.00 to be relegated from the Premier League this season while Everton, who are sitting in the bottom three, are 17.00 to suffer the drop.