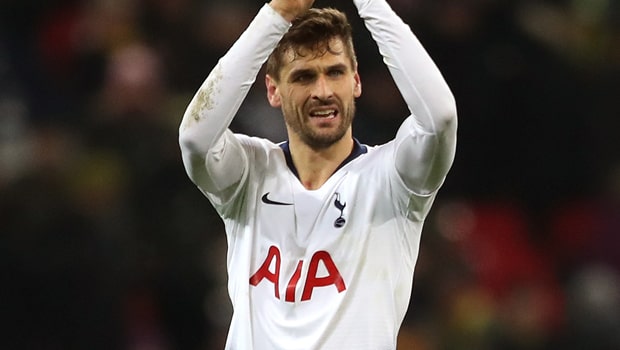 Fernando Llorente says he is determined to win trophies at Tottenham and he remains satisfied with his role at the club.

The targetman came off the bench to score a vital third goal on Wednesday evening as Tottenham dispatched Borussia Dortmund 3-0 at Wembley in the Champions League.

It leaves Mauricio Pochettino’s men with one foot in the quarter-finals and Llorente wants to see silverware coming to north London. With skipper Harry Kane out injured since early January and still some way off a return, the ex-Swansea forward has enjoyed more game time recently.

Heung-Min Son got the nod to start in the central striking role against Dortmund but Llorente continues to relish his own part in the Spurs story.

Fenerbahce and former club Athletic Bilbao were among a number of clubs linked with a potential move for Llorente last month, but he says he had no desire to leave.

“I don’t know anything,” Llorente told reporters. “The truth is I’m very satisfied here in Spurs, I haven’t thought about leaving.

“I’m at a great club, I still have a contract, and my intention is to win trophies here. Right now, I’m enjoying a good moment, and I hope I can keep scoring goals and everything keeps going well.”

Coming off the bench to add a crucial goal was something Llorente took great pleasure from, particularly given that it was amongst Europe’s elite.

“It had been a while since I’d come off the bench to score, so it was satisfying, and all the more so that it was Champions League,” he added.

“The important thing is to help whenever I’m called upon, and keep working hard.” Spurs are 3.60 to win the second leg in Dortmund, while the Londoners are now 15.00 to win the Champions League this season.