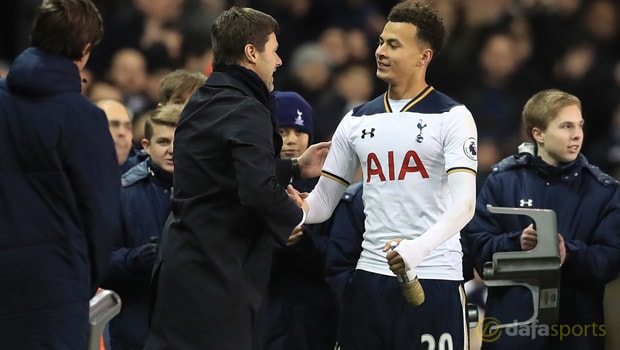 Tottenham midfielder Dele Alli admits he is unsure where his future lies amid recent speculation that he could leave the north London club.

The 21-year-old has emerged as one of the most important figures for Spurs since making the step up from League One to the Premier League in 2015 following his switch from MK Dons.

Alli has forced his way into the Tottenham starting line-up on a regular basis, while also becoming a full England international over the last few years.

The midfielder has won the PFA Young Player of the Year in successive seasons and, unsurprisingly, has been linked with a number of top clubs.

Premier League rivals Manchester City and European champions Real Madrid are understood to be his biggest admirers but Spurs will be desperate to retain his services as they bid to mount another title challenge in 2017-18.

The talented schemer has done little to dampen the recent speculation after admitting he is unsure what will happen in the future.

Alli told Sky Sports: “You can never say what’s going to happen in the future. No one knows.

No one can predict it. “It’s important that I enjoy the journey I’m on, whether I stay at Tottenham for the rest of my career or if one day I have to leave and it’s the right thing for me to do.

Tottenham can be backed at 1.85 to win their next outing on Thursday when they travel to Leicester, who are priced at 4.20 to take all three points, while the draw is available at 3.60.