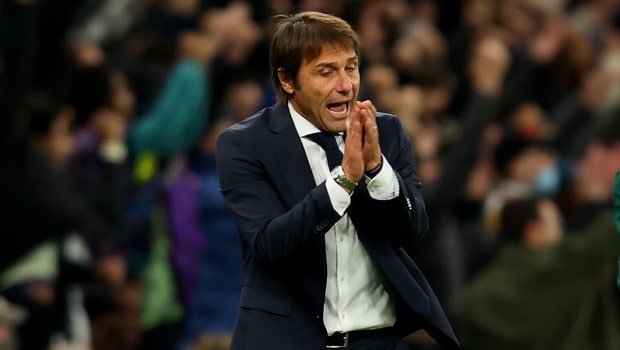 Italian manager Antonio Conte started his tenure as Tottenham’s manager with a 3-2 win against Dutch side Vitesse a in the UEFA Europa Conference League.

Son Heung Min, Lucas and an own goal gave Spurs comfort under half an hour.

The dramatic game played at the White Hart Lane saw three red cards issued, started with Spurs going into a 3-0 lead within the first 30 minutes.

However, before the break, Vittesse pulled two goals through Jacob Rasmusen, who committed the own goal and Matus Bero, to frustrate what looked like a smooth start for the former Chelsea manager.

However, neither side could find the winning goal before the end of the game in the second half but saw three red cards issued as the visitors had two players sent off, while Spurs had Cristian Romero sent off early in the second half.

The Foxes had equalised within three minutes through Daniel Amatey, seven minutes after former Chelsea player Victor Moses put Lokomotive Moscow in the lead. Jamie Vardy then missed a penalty in the 75th minute to deny Brendan Rodgers’ men a win on the night.

In West Ham United’s game against Genk, Thomas Soucek’s own goal denied West Ham a win. The Belgian side equalised late into the game to hold the Hammers to a 2-2 draw with 2 minutes left to play.

Genk took three minutes to score through Joseph Paintsil, before Said Benrahma’s brace put the hammers in the lead with 8 minutes left.

However, Soucek was in the wrong place at the wrong time, as he deflected a shot into his own net.