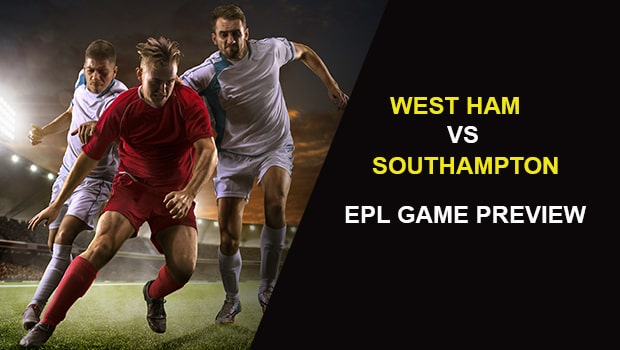 The player to watch in this game is Michail Antonio, who is scoreless in his last six Premier League games but has a 46.84 percent chance to score against Southampton according to AccuScore. Antonio has six goals and four assists in 16 Premier League games this season. He is due for some regression to the mean and he can a difference-maker on Sunday. Let’s take a closer look at where the value is at in this matchup.

Momentum: Southampton has been on a downward trend — with 0 wins in their last 5 Premier League games.

Head-to-Head: These two sides last matched up in Premier League action on September 11 and the game ended on a 0-0 draw.

Three-star (out of four) AccuScore hot trend pick on the total in this one. Average score in simulations is West Ham United 2.35 to Southampton 0.7.