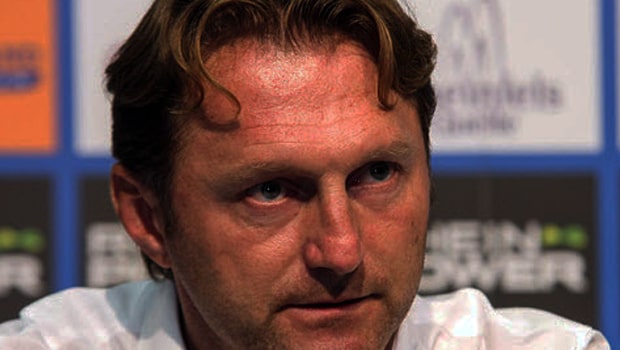 Ralph Hasenthuttl insists Southampton firmly believe they are capable of beating the drop after adding another three points to their tally on Saturday.

Pierre-Emile Hojbjerg netted the only goal of the afternoon as Southampton, who are priced at 29.00 to be relegated, edged out south coast rivals Brighton at the Amex.

The victory puts them five points clear of the bottom three with seven games still left to play this season.

It’s now back-to-back wins for Saints, having beaten Tottenham before the international break, and Hasenhuttl was delighted to see his men take a “huge step” after three weeks off.

He said: “After three weeks break it is important to have such a huge step back in the league. “I think we showed a good performance. The guys were very concentrated.”

Despite sitting more comfortably in the standings, they go up against title contenders Liverpool next on Friday.

Hasenhuttl knows there are tough times ahead and is refusing to get carried away until their safety is mathematically certain.

When asked if safety felt closer he added: “Not really much more than before the game and when you see the other teams also winning.

“It is important for us to look forward and not back and to be in shape in this period of the season is a very important part I think.

“The guys showed we are believing what we are doing and that helps us for the next difficult games.

“We have a huge one on Friday evening against a big team (Liverpool) and I think everybody is happy about that.”