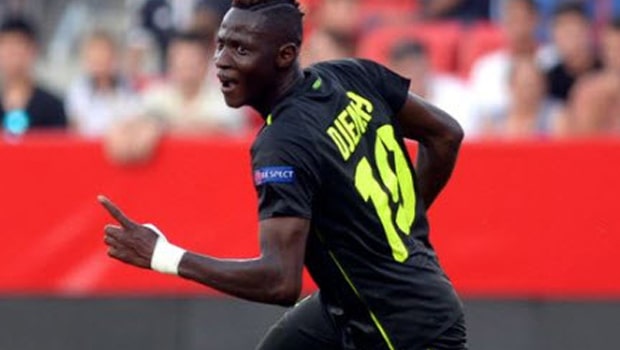 Southampton manager Ralph Hasenhuttl is delighted to have secured the signature of Moussa Djenepo from Standard Liege.

The 20-year-old winger became the Saints’ first signing of the summer, agreeing a four-year contract at St Mary’s.

He is also Hasenhuttl’s first signing in his time at the club and moves to the Premier League after a strong season in Belgium, scoring 11 times as Standard Liege secured a place in the Europa League next season.

Djenepo has already won eight caps for Mali and is part of their squad for this summer’s Africa Cup of Nations.

Hasenhuttl told the club’s official website: “He is an exciting player, with tremendous pace and good finishing abilities, who we have watched closely for some time.

“We have been impressed with how he has adapted to football in Europe and the impact he has had in many games, and we had an interest in him as recently as January, so I am pleased we are able to bring him into the club.”

Djenepo joins a Southampton squad still in the Premier League after a revival of fortunes under Hasenhuttl. He replaced Mark Hughes as boss back in December and saw an immediate improvement, with four wins from his first seven games in charge.

Another run of four wins in six games secured survival for the Saints, who finished 16th in the table, five points clear of the bottom three. The club have announced pre-season training camps in Austria and Ireland before getting the new Premier League season underway at Burnley on August 10.

Saints are 2.70 to win at Turf Moor, with the Clarets 2.60 and the draw is 3.25. Their first home game a week later sees Liverpool the visitors to St Mary’s. Southampton are 41.00 to finish in the top six in the Premier League next season.