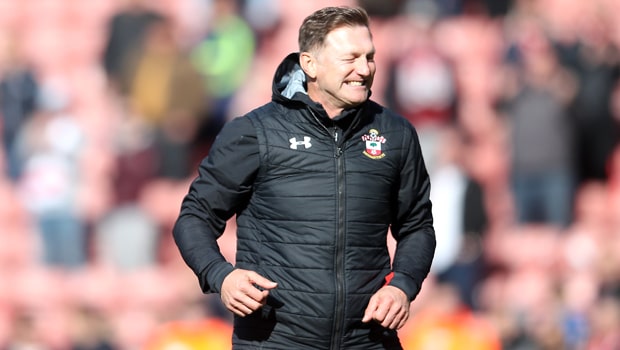 Ralph Hasenhuttl says Southampton have improved since he took charge of the club in December but he is planning to be active in the summer transfer window regardless.

Hasenhuttl was unable to strengthen his squad in the January window, with Manolo Gabbiadini’s exit to Sampdoria the only change to his first-team options, and now he is hoping to bring in a few new faces ahead of the 2019-20 campaign.

“It’s big because there is a lot of work to do [during the transfer window],” he told the club website.

“We know this, and it is important that we change the team a little bit and bring new players in. “Having a few new inputs, also for our mind, is what we will do this summer.”

A striker is understood to be high on Hasenhuttl’s list of priorities and Fulham’s Aleksandar Mitrovic has been suggested as a potential target.

Hasenhuttl has experience of managing in the Bundesliga with RB Leipzig and he may well cast his eye over the German top flight for new additions due to his experience of the league.

The Austrian feels he has turned Southampton into a solid unit since his arrival, but concedes they are still lacking a bit of quality.

“We’ve made a few very good steps with good results,” he said.

“We also see that if we are 100 per cent in shape, focused and concentrated… we do not have this high individual quality, we have to work for the team.

“This is something we have to work on every day. If we act as a team – a committed team – it’s difficult to play against us. If we are not so committed, it’s easy to score against us.”

Southampton are 1001.00 to win the Premier League next season.