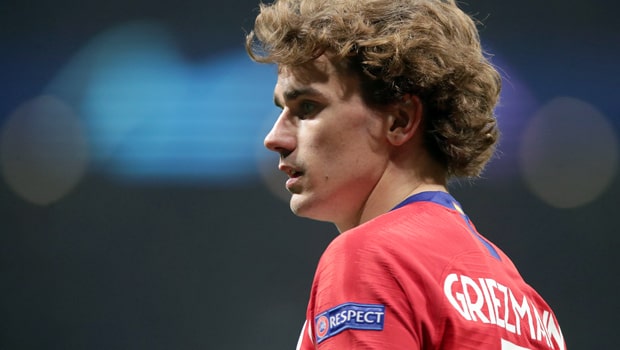 Antoine Griezmann has confirmed he will leave Atletico Madrid at the end of the season. The French World Cup winner was heavily linked with a switch to Barcelona last summer but opted to stay with Atleti and sign a new five-year deal.

Griezmann’s release clause will drop to 120million euros in July, and the forward has revealed he has decided to move on and try and new challenge. In a video posted on the club’s Twitter account, Griezmann said: “It has been five incredible years, thank you very much for everything, I carry you in my heart.

“After speaking with Cholo [coach Diego Simeone], then with Miguel Angel [chief executive Miguel Angel Gil Marin] and the people in the hierarchy of the club I wanted to speak with you, the fans, who have always given me a lot of love.

“To tell you I have taken the decision to leave. To see other things, to have other challenges.

“The truth is it has been difficult to take this route, but it is what I feel I need and I would like to thank all of you for the love you have shown me during these five years.”

Griezmann has scored 133 goals in 256 appearances for Los Colchoneros since joining from fellow Real Sociedad in 2014, and has won the Europa League, the Spanish Super Cup and the Uefa Supercup during his time with the club.

The 28-year-old is yet to announce where he will be playing next season but Griezmann is widely expected to join Barcelona. If he does head to Camp Nou it may well spell the end of Philippe Coutinho’s time with Barca, with the Brazilian likely to return to the Premier League.

Atleti are 2.05 to win at Levante on Saturday in what will be Griezmann’s last game for the club and the Frenchman is 4.50 to score the first goal.