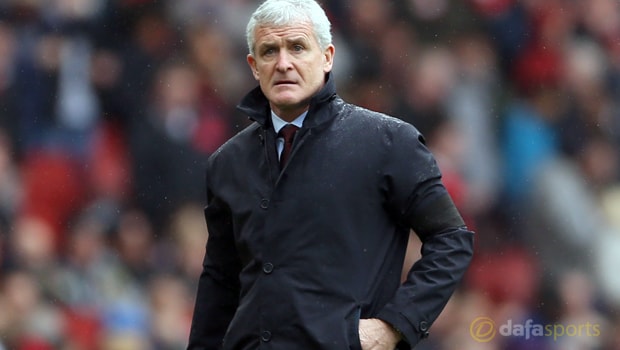 Southampton manager Mark Hughes admits it was frustrating to lose to Arsenal on Sunday but feels his side can take confidence from their performance.

The Saints face a battle to hold on to their status as a Premier League club for the 2018-19 campaign and Hughes, who was appointed last month, has been tasked with getting them over the line.

They sit 18th in the standings, just three points adrift of safety, with six games to try and bridge the gap after losing to Arsenal at the weekend.

Southampton, who are priced at 2.00 to be relegated, took the lead through Shane Long but trailed before the half-time break after Pierre-Emerick Aubameyang and Danny Welbeck netted.

Charlie Austin came off the bench to get Southampton back on level terms before Welbeck struck again in the final 10 minutes as the Gunners picked up a 3-2 victory.

Hughes is yet to claim a Premier League victory since taking over with the south-coast club but feels Sunday’s performance provides hope for the run-in.

“I needed to see a group of players working hard, doing the hard yards and affecting the opposition with intent and purpose, and I saw that from the first minute,” he said.

“I think it’s important that we take what we can from the game. It’s a disappointment clearly, but I don’t think it affects our confidence negatively. If anything, we should take heart from the level of performance we showed here.

“We can build on this, everyone that watched the game – the support was fantastic from the away end – will have seen the effort the lads put in.”