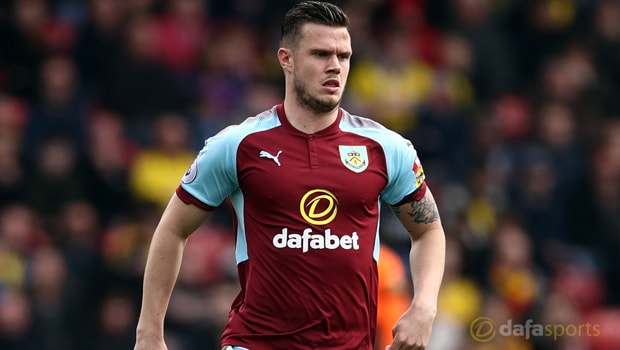 Kevin Long insists Burnley have what it takes to cope with the demands of playing in the Europa League after claiming another Premier League victory on Saturday.

The Clarets have enjoyed an incredible campaign and their most recent triumph has helped them edge closer to securing a spot in the Europa League.

Burnley needed to come from behind against Watford but they showed enough character to pick up a fourth successive Premier League victory for the first time in 50 years.

Sam Vokes and Jack Cork netted for the Lancashire club to seal a 2-1 win at Vicarage Road, cancelling out Roberto Pereyra’s stike.

Talk has turned to a potential campaign in Europe over recent weeks and Burnley currently sit six points clear of Leicester in seventh, while they are five points shy of sixth-placed Arsenal.

Long, who joined Burnley in 2010 from Cork City, feels the squad can cope with playing twice a week and feels it wouldn’t be too different from their schedule in the Championship.

“European football would be massive for me,” Long said. “Everyone wants to be playing at the highest level and to be playing in Europe shows that you can do that.

“Everyone’s played in the Championship and that isn’t much different. The Championship is probably more difficult to be honest because it’s week in and week out.

“A lot of our squad have Championship experience and we won’t be affected by playing Thursday-Sunday here. Other clubs maybe, but not here, it will suit us down to the ground.

“The Championship is just relentless, it’s pretty much Saturday-Tuesday through the whole season so you don’t really have a break. You finish a game and you move onto another a couple of days later.

“People complain about playing Thursday-Sunday, but it’s just two games in a week. There’s still a couple of days between the games so I don’t think that will worry us.”

Burnley can be backed at 2.63 to extend their winning run on Saturday when they host Leicester, who are priced at 2.88 to win, while the draw is available at 3.20.