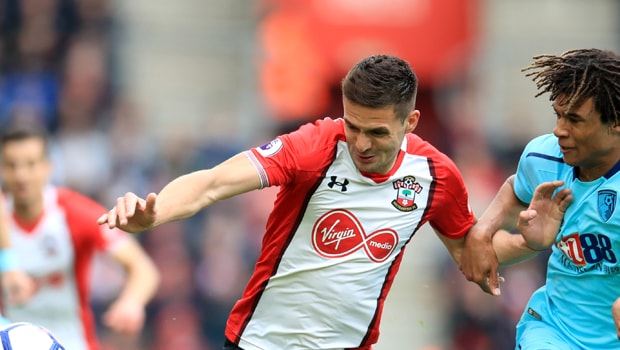 Ajax have signed Southampton midfielder Dusan Tadic on a four-year deal for a fee of around £10m.

Having previously played in the Eredivisie for FC Twente and Groningen, the 29-year-old Serbia international had suggested earlier this summer that he was keen on returning to Dutch club football.

He scored twice in the derby win against Bournemouth which inspired their late climb out of the relegation zone under Mark Hughes.

Ajax will pay a fee of €11.4m (around £10m), which could increase up to around £11.5m with add-ons, and the Eredivisie club are pleased to have acquired Tadic.

Ajax director Marc Overmars described the arrival of Tadic as “considerable quality” being added to the mix at the Amsterdam Arena.

“He can be used in multiple positions, both on the midfield and up front.

His experience is also important for the many young players we already have,” Overmars said.

“He is a ‘winner’ and you would love to have that type of player.”

Southampton look set to sign a replacement immediately, having agreed a fee with Basel for winger Mohamed Elyounoussi believed to be in the region of £16m.

Hughes also completed a deal this week for £7m to bring Scotland international midfielder Stuart Armstrong in from Celtic.

The 26-year-old has signed a four-year deal, having been at Celtic since February 2015 where he helped the club to claim back-to-back domestic trebles under Brendan Rodgers.

Southampton are 2.00 to win their opening game of the new season at home to Burnley.