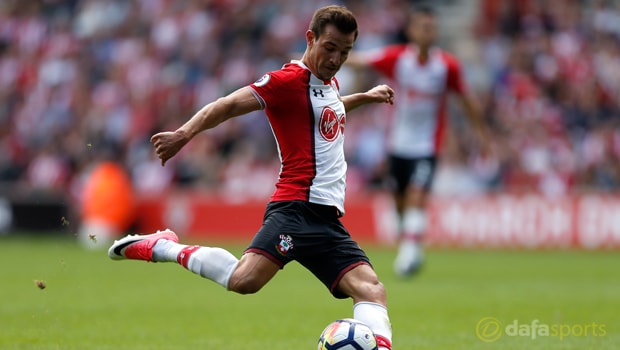 Cedric Soares insists he is ready to honour his contract with Southampton despite being linked with a summer switch to Chelsea and Barcelona.

The 25-year-old joined Southampton from Sporting Lisbon in the summer of 2015 for a fee in the region of £5million, and he has turned out over 60 times in all competitions over two seasons.

Southampton demonstrated their commitment to the Euro 2016 winner last summer by handing him a new improved contract, which runs until 2020.

However, despite being tied down to a long-term deal, the full-back has been heavily linked with an exit this summer.

Barcelona and Chelsea, who can be backed at 6.50 to win the Premier League, are understood to be big admirers of the Portugal international, although time is running out for them to agree a deal ahead of Thursday’s transfer deadline.

Soares has also moved to played down speculation over his future and insists he wants to remain professional and honour his current contract at St Mary’s.

“I am have a contract with Southampton and I am working every day like I always do. I am professional,” Soares said.

“Of course a player likes to know some big teams are interested in us and it’s normal. We work every day.

“I have a contract and I am doing my best here. “I am always professional and I am happy.”

Southampton have started the 2017-18 campaign slowly with two draws and one win but Soares feels new boss Mauricio Pellegrino is the right man to take them forward.

He added: “The coach is very good and we are happy to fight for him. “We are trying to do our best and I am sure Southampton will always be in the right way.

“I think we have every player improving. “The coach has good ideas for the team, and tactically wise we are improving and we can see this. I think in the future we will be playing better.”