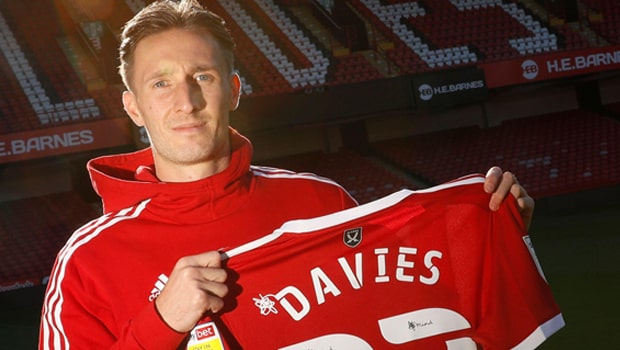 Liverpool defender Ben Davies has revealed his hopes of being a big part of Sheffield United’s plan for the season after joining the Blades on a season-long loan.

The 26-year old who joined the Reds at the end of February from Preston hasn’t made any first-team appearances for Jurgen Klopp’s side.

He is the first signing for the Blades under newly appointed manager Slavisa Jokanovic but there isn’t an option to make the move permanent at the end of the loan deal.

Irrespective, the player has revealed his happiness at being at Bramall Lane, playing for a side who got relegated at the end of the last season.

“I’m really happy to be here, I always liked playing against Sheffield United and the atmosphere. Hopefully I can fit into the manager’s plans well, I’ve missed match days and the buzz of having fans in grounds. That’s part of the excitement of coming here and hopefully having a successful year.” He said.

Davies’s loan move is on the back of Virgil Van Djik’s return from a lengthy injury layoff and an assuring display against returning Norwich City which the Reds won 3-0 and kept a clean sheet.

Diogo Jota, Mohammed Salah, and Brazilian forward Roberto Firmino were the goalscorers in the 3-0 at the Carrow Road on Sunday.

Liverpool will host Burnley this weekend before welcoming Chelsea the following weekend to the Anfield Stadium.

The biggest exit from the Anfield stadium during the summer transfer window remains Dutch midfielder Gini Wijnaldum who joined Paris Saint-Germain on a free transfer.