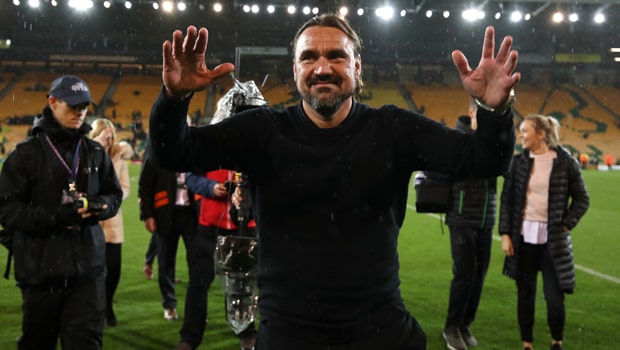 Norwich City on Sunday were on the losing side in the English Premier League as they hosted fellow promoted side Sheffield United who also were winning their first victory in as many games after beating the Canaries 2-1.

The loss for Daniel Farke side means they are now 4 points away from safety after letting a lead drop as the blades came from behind to snatch the win.

Alex Tettey gave the Canaries the lead in the 27th Minute after a defensive mix-up by the Sheffield United to place a shot in the back of the net as Norwich won the first half.

But the second half went off the track quickly as the away side drew level just four minutes after the restart with Enda Stevens scoring the equalizer before George Baldock scored moments later.

For a larger part, the Video Assistant Referee (VAR) took the shine after getting involved in a couple of controversial decisions.

First, it was a goal for Sheffield United which was ruled out after it turned out that John Lundstram was ruled offside, but Chris Basham was lucky as his red card for tackling Kenny McClean was overturned by VAR into a yellow card, and the defender finished the game.

For Sheffield United, they finally get a win after a four-game winless streak which also had a loss at home to Newcastle at the midweek.

On the table, Sheffield are eight with 22 points, but Norwich are still in 19th with just 11 points and will face a string of tough games with a visit to Leicester next and a visit of Wolves after, then Aston Villa on boxing day end a visit of Jose Mourinho led Spurs two days later

Sheffield, on the other hand, will host Aston Villa, travel to Brighton, host Watford and travel to City in their last game of 2019.