Rafael Benitez only focused on Newcastle 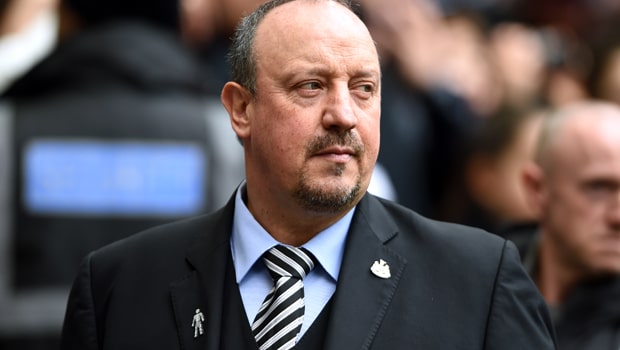 Rafael Benitez insists Newcastle must only worry about their own results as they have no influence on the teams around them in the Premier League table.

The Magpies headed into this weekend’s action sitting 15th in the standings and two points clear of the relegation zone, but wins for Burnley and Cardiff on Saturday have seen them drop to within a place of the bottom three.

Newcastle have had to watch on this weekend as they are not in action until they take on Wolves at Molineux on Monday night.

Benitez insists he is only thinking about getting a positive result from that fixture as there is no point in worrying about the results of their relegation rivals.

“You cannot change anything. The only thing you can do is be sure you prepare for your game properly, and that’s it,” Benitez said.

“Your players can’t affect what happens on the other pitches, so you just have to stay concentrated on your game.

“Sometimes it’s positive, sometimes it’s negative and because you can’t change anything, it’s better that you don’t focus on that.

Newcastle suffered a 2-1 defeat to Wolves in the reverse fixture at St James’ Park earlier in the season, and they are priced at 5.50 to get their revenge on Monday, while the hosts are available at 1.70 and the draw is on offer at 3.60.