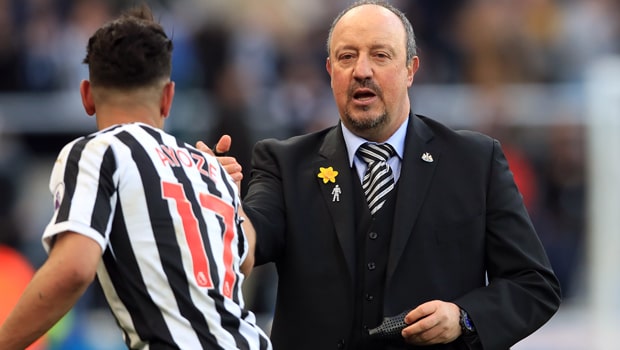 Rafael Benitez suffered a manager’s nightmare during Newcastle’s remarkable 3-2 win over Everton, but it was opposite number Marco Silva that left St James’s Park feeling hard done by.

Everton led the game 2-0 at half-time through goals from Dominic Calvert-Lewin and Richarlison. The Brazilian doubled the Toffees lead just a minute after Matt Ritchie had missed from the penalty spot for Newcastle.

Jordan Pickford saved his weak shot, with the Everton custodian fortunate to escape with a yellow card for his foul on Solomon Rondon.

It was Rondon that volleyed Newcastle back into the game with 25 minutes left and a late double from Ayoze Perez ensured a remarkable turnaround – the first time in 16 years that the Magpies had overturned a two-goal deficit to win a Premier League game.

“We didn’t deserve to be losing 2-0 but you have to react and at half-time we talked about staying calm – it was really difficult to keep the players calm but they understood that that was the way,” said Benitez afterwards.

“To concede one minute after missing a penalty is the worst nightmare for any manager but we reacted well. The players were pushing and pushing and they had the belief and confidence we could do it. “We have more confidence but we have to keep winning.”

There was more than a hint of offside in the build-up to Perez’s winner six minutes from the end and the Everton manager was unimpressed with the officials.

“When they scored the third goal it was a big mistake by the assistant – it was a clear offside,” said Silva, who confronted referee Lee Mason on the pitch after the game.

Newcastle are 3.50 to win at Bournemouth next Saturday, while Everton are 4.00 to get the better of Chelsea at Goodison Park on Sunday.