Matt Ritchie: We have the firepower 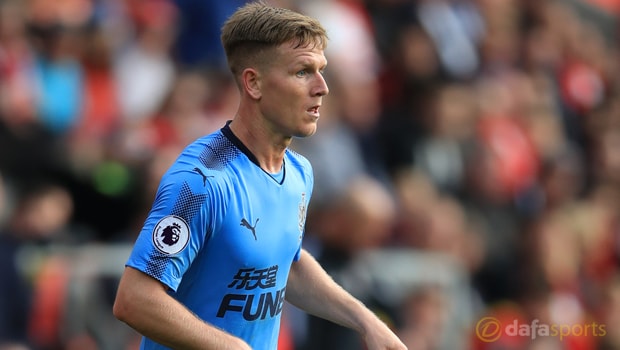 Newcastle United winger Matt Ritchie says his team have enough ‘firepower’ to trouble any Premier League side this season.

The Magpies have enjoyed a superb start to the new season after climbing to seventh in the table after nine games.

Under the stewardship of Rafa Benitez, Newcastle have shown a togetherness and the fans are optimistic with a possible takeover on the horizon.

Newcastle take on Burnley in their next league game on Monday and Ritchie believes they have the quality to score goals.

They laboured to a 1-0 win over Crystal Palace in their last league game but the former Bournemouth man believes there is enough creative spark in the team to trouble any side this season.

He told the Chronicle: “Our defensive work has been very solid.

It’s a fundamental element of any good team in the Premier League, having a good defence.

“The firepower you play against week-in, week-out in the top flight, you have to be able to deal with that.

“To be honest Palace nullified us too, but we managed to restrict their opportunities and if we can continue to be solid, not concede silly goals, not make silly mistakes, then we give ourselves half a chance because we have got some firepower going forward.

“We must continue to create, the Palace game probably wasn’t a good one for the fans or the players, but we got three points and we showed we have that side to us to grind results out like we did last Saturday.

With Ritchie full of confidence, you can back Newcastle to score first against Burnley at odds of 1.95.