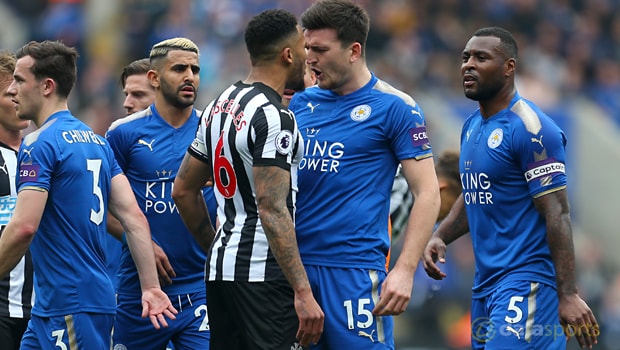 Newcastle captain Jamaal Lascelles has talked up the confident mood around the squad after almost certainly guaranteeing Premier League safety at the weekend.

The Magpies beat former Premier League champions Leicester at the King Power Stadium on Saturday and are now 10 points clear of the bottom three.

Jonjo Shelvey and Ayoze Perez netted either side of half-time to guide Newcastle to a 2-1 triumph, which extends their winning streak to three.

Newcastle’s form since the turn of the year has helped them to end the season without any stress and the last six games will all come as a bonus.

Rafael Benitez has been critical of the quality and depth of his squad this term, but the Spaniard’s experience appears to have worked in Newcastle’s favour.

Lascelles insists there is a positive feeling around the club at the moment and has also praised the supporters for their unwavering support.

“This result helped us a lot,” Lascelles said. “The feeling around the place, in training and before the game, there’s definitely a real confidence – it’s not complacency.

“You can tell when it’s that (complacency) and when you feel that way, luck comes your way and on Saturday I thought we were on the front foot from start to finish.

“It was disappointing to give a goal away but the boys and the fans were excellent.”

Newcastle are priced at 3.50 to win their next outing when they host Arsenal, who can be backed at 2.15 to come out on top, while the draw is available at 3.50.