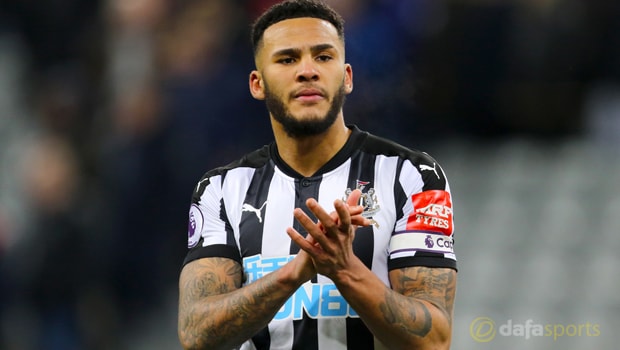 Captain Jamaal Lascelles is adamant there is enough quality and confidence in Newcastle United’s squad to secure Premier League safety this season.

Newcastle are currently embroiled in a huge relegation battle and, with 10 matches remaining, there are around 10 teams who could still be relegated to the Championship.

West Brom are rock-bottom on 20 points but from 19th-place Stoke City, who are on 26 points, there is only a seven-point gap to Watford in 10th, highlighting how tight the battle against the drop is.

The Magpies missed a glorious opportunity to move away from the bottom three last Saturday after blowing a 2-0 lead away at Bournemouth to end up drawing 2-2.

Rafael Benitez’s men are sitting 15th in the standings, just two points above the relegation zone, and they face a daunting trip to Anfield this weekend to take on Liverpool.

The Reds thrashed West Ham United 4-1 last time out and Jurgen Klopp’s side are firm 1.25 favourites to win, a draw is priced at 6.50 whilst the visitors are massive 11.00 outsiders.

Lascelles is in bullish mood ahead of the crucial relegation run-in and he is confident Newcastle will be able to retain their top-flight status for the next campaign.

Speaking at the North East Football awards, he said: “Since the manager has been here, the club has been on the rise and the city has been really upbeat.

Things have been really going well so we are going to try and keep it that way. At the minute we are playing really good football.

“We wish we were in a better position than we are but there are still ten games left and the way we are playing I think we are going to be more than safe.”