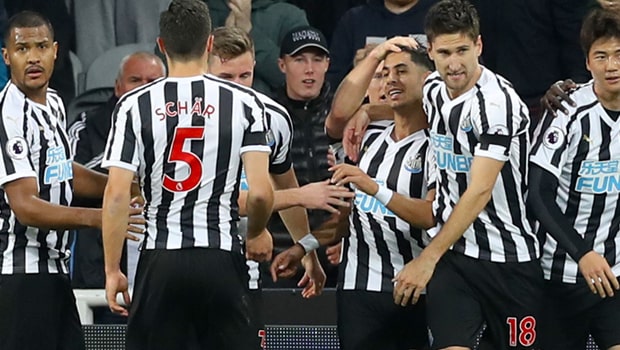 Ayoze Perez says Newcastle United need to keep the momentum going from Saturday’s win over Watford and continue to climb up the Premier League table.

Having failed to pick up a win from their first 10 league matches, the Magpies broke their duck at the 11th attempt at the weekend with a hard-fought 1-0 victory over the Hornets.

Second-half substitute Perez grabbed the only goal of the game in the 65th minute after glancing Ki Sung-yueng’s free-kick in from the edge of the six-yard box to open his account for the season.

The victory has lifted Rafael Benitez’s men out of the relegation zone and, for the time being, eased the pressure on the Spanish tactician’s shoulders after a difficult start to the campaign.

Perez, who could find himself back in the starting 11 after Yoshinori Muto and Jonjo Shelvey both picked up injuries against Watford, has urged his side not to let their focus drop and keep picking up wins.

“It feels great. It has been a tough few weeks, but the team stuck together. We have been working a lot to feel what we are feeling after the Watford game,” he said.

“It’s the first win of the season, three points and we are climbing the table – finally. We now have to keep this winning feeling. We must go again next week against Bournemouth.

“We are all together. We train every day and we stick together. We are the only ones who can get us out of this situation. This has given us a lot of confidence to win and we deserve it because we worked hard.”

Newcastle welcome Bournemouth to St James’ Park on Saturday and the hosts are 2.75 to pick up all three points, a draw is priced at 3.30 whilst the Cherries are marginal 2.63 favourites.