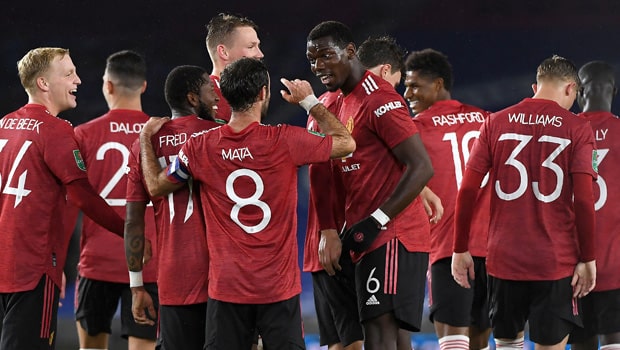 At the draws held at the RTS studios in Geneva, Manchester United, after been pooled in pot 2, were drawn into group H alongside French Champions PSG, Turkish champions Istanbul Basaksehir and German top guns RB Leipzig.

For other English club sides, Manchester City were placed into group C alongside Portuguese side Porto, Greek Champions Olympiacos, and Marseille

Chelsea didn’t have it much easy as well, with Europa League champions Sevilla, Russian side Krasnodar and Ligue 1 side Stade Rennais in group E.

Premier League champions Liverpool had the easiest draws of all the English teams with Ajax, Atalanta, and Midtjylland in group D.

Meanwhile, Bayern Munich striker Roberto Lewandowski was named the UEFA player of the year after scoring 55 times in 47 games for the European Champions last season as they got to win the treble as well as the German and UEFA Super Cup recently.

Likewise, Bayern coach Hansi Flick was named the coach of the year while Manchester City’s Kevin De Bruyne won the Midfielder of the season.

Joshua Kimmich and Manuel Neuer won the defender and Goalkeeper of the season awards.