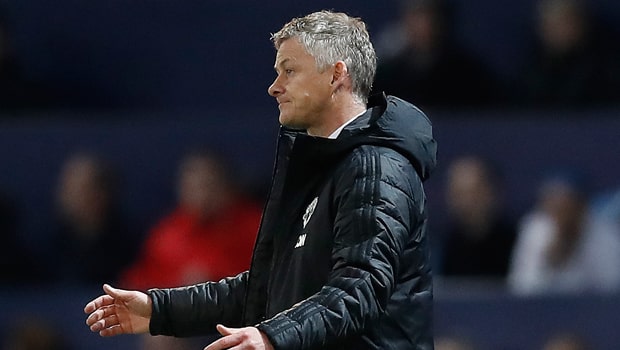 Facing Paris Saint-Germain in the Champions League proved to be a “level up” that Manchester United couldn’t cope with, says boss Ole Gunnar Solskjaer.

The Norwegian suffered his first loss since replacing Jose Mourinho in December as second-half goals from Presnel Kimpembe and Kylian Mbappe saw the French side take a commanding advantage home with them.

The Red Devils lacked the cohesion and quality on the ball to ask searching questions of their visitors, often coughing up possession cheaply in the final third.

Marcus Rashford was isolated while Alexis Sanchez, on as a replacement for Jesse Lingard just before half-time, failed to make an impact.

Compounding the misery, the ineffective Paul Pogba was sent off for a second booking near the end. “It was a tough game,” Solskjaer said.

“The first half was even-stevens. When we conceded a goal from a set-piece that made it hard for us. The mentality changed because we’d just conceded an away goal.

“And we never got to grips with it in the last half hour. We put loads of crosses in the box but were never sharp enough in our movements and in finishing.

“We played against a top team, a top team with experienced defenders and quality up front. It was a level up for us.”

United face a steep mountain in Paris for the second leg on March 6 but their manager insists they have to head for the French capital believing it can be done.

Juventus came within a whisker of extra-time in the Bernabeu against Real Madrid last season, despite having lost the first leg 3-0 in Turin, and that is something United can draw upon.

“We have to go there with the intention of scoring two goals. We’ve seen last year with Juventus and Real Madrid that it was never over until a decision that I don’t agree with towards the end of the game,” added Solskjaer.

“So, it can be done. This club has done it before and these players have done it before. We’re going to go down there and give it a go.”

Manchester United are 67.00 to win the Champions League following their setback, while PSG are now 7.50 to raise the trophy.