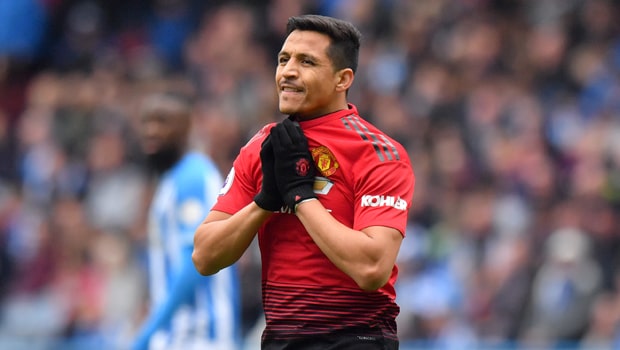 Manchester United are on the verge of loaning misfit forward Alexis Sanchez to Inter Milan for the season.

Sanchez joined United from Arsenal in January 2018 in a deal which saw Henrikh Mkhitaryan go in the opposite direction, but has so far failed to shine at Old Trafford. Ole Gunnar Solskjaer appears keen to have the Chilean off his books and he is in line to join former teammate Romelu Lukaku at the San Siro.

The season-long loan reportedly will not include an option to buy, with United retaining control of the 30-year-old who still has almost three years left on his contract. Sanchez has scored just five goals for United since swapping the Emirates for Old Trafford. Former United stalwart Gary Neville, meanwhile, has called for patience at the club in their rebuilding efforts under Solskjaer.

The television pundit insists there is no ‘shortcut’ back to the top for United and says it could be a couple of years before they are in a positon to challenge the likes of Man City and Liverpool. Neville believes signing the wrong players has been their undoing in recent times and would prefer a lack of business to poorly judged arrivals.

“All Man United have to do is remain patient and stick to what they’re doing,” he told his podcast.

“It may seem like too far into the distance but I would suggest four or five transfer windows to get things absolutely right and get back to the type of squad he would want to challenge these Liverpool and Man City teams.

“I’ve said before, he’s got to be ready, not at the end of this season, not next season, but the one after, to challenge for the Premier League title.”

Man United are 2.10 to win at Southampton this weekend and 2.40 for a top four finish in the Premier League.