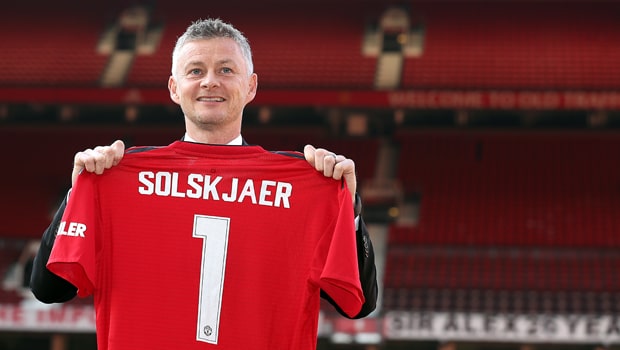 Manchester United have confirmed the appointment of Ole Gunnar Solskjaer as their permanent manager on a three-year contract.

The Norwegian was brought in by the club in December following the sacking of Jose Mourinho, with an initial remit only until the end of this season.

Solskjaer has turned the club’s fortunes around in dramatic fashion and there had been an increasing clamour see him given the job on a permanent basis.

He became the first United manager to win his first six league games in charge, beating a record held by Sir Matt Busby.

They have lost only once in 13 league games since he took over – at Arsenal this month – and are firmly in the race for a top-four finish, having been sixth in the Premier League and 11 points from the top four when he inherited the job.

Man United have also reached the quarter-finals of the Champions League for the first time since 2014, recording a famous 3-1 success against Paris St-Germain to overturn a 2-0 first leg deficit on a memorable night for Solskjaer and his squad.

The new United boss, who spent 11 years at Old Trafford as a player, makes no secret that it is his ‘dream job’.

“This is the job that I always dreamed of doing and I’m beyond excited to have the chance to lead the club long term,” Solskjaer said.

“From the first day I arrived, I felt at home at this special club. It was an honour to be a Manchester United player, and then to start my coaching career here.

“The last few months have been a fantastic experience.” Manchester United are 2.25 to finish in the top four this season.