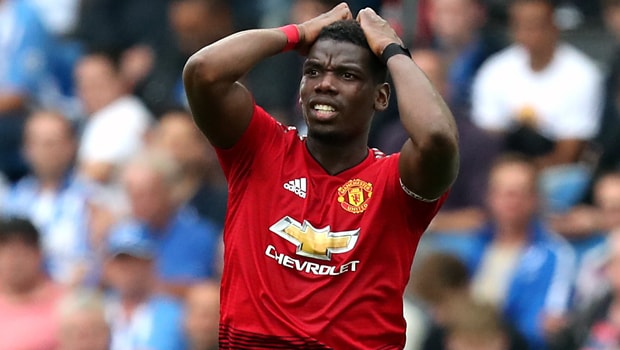 Paul Pogba said that he was “mad” after Manchester United lost away to Brighton and called on the team to respond.

United suffered their first Premier League defeat of the season at the Amex Stadium, going down 3-2.

It is the second consecutive loss at the home of the Seagulls and re-ignites doubts about United’s chances of mounting a title challenge this season.

Pogba was on the scoresheet, getting a late penalty at Brighton but it was too late to affect the outcome of the game and the United skipper said he wanted a response for their next game.

He told MUTV: “We always play for the shirt and the fans, this is not the result we or they wanted.

“They should be very mad. We should be mad. Everybody is mad. We are mad.

“The next game we want to change this. We want to be happy at the end of the game, with smiles on their faces and give the fans a nice weekend afterwards.”

Pogba was also critical of his own game, saying that he made too many mistakes and wanted to have controlled the ball better.

United’s next game is at home to Tottenham next Monday night with Mauricio Pochettino’s side having won two successive games to kick off their season, beating Newcastle and Fulham.

United will hope to have reinforcements for the game at Old Trafford. Alexis Sanchez, Nemanja Matic and Antonio Valencia all missed the Brighton game but have returned to full training and could feature against Spurs.