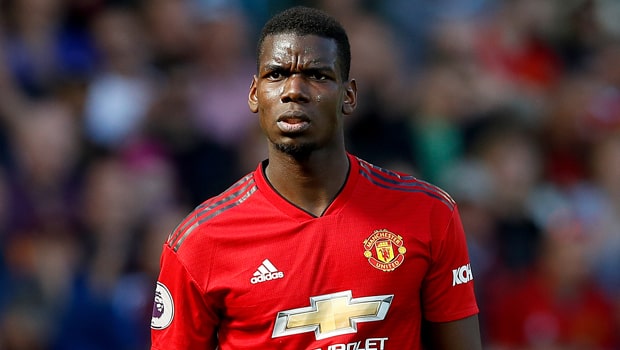 Paul Pogba has dropped his biggest hint yet that he could be leaving Manchester United this summer by suggesting he is open to a ‘new challenge’.

The France international returned for his second-spell at United during the summer of 2016, joining from Juventus for what was, at the time, a world record £93.25million transfer fee.

However, since returning to Manchester, the 26-year-old has endured an up and down time, although he did end last season with a career-best tally of 13 goals from 35 Premier League appearances and was named in the PFA Team of the Year.

Pogba’s name has been surrounded with speculation ever since he rejoined United, with Real Madrid having been strongly linked in the past, while Juventus could also now be seeking to re-sign the midfielder.

Reports have suggested that Juve’s sporting director Fabio Paratici travelled to the London offices of United earlier this week to discuss a possible deal for Pogba and the player himself has now dropped a big hint that he could be on the move over the coming months.

“There is a lot of talking and a lot of thinking as well,” Pogba told reporters at a commercial event in Tokyo.

“For me I have been for three years in Manchester and have been doing great; some good moments and some bad moments, like everybody. Like everywhere else.

“After this season and everything that happened this season, with my season being my best season as well, I think for me it could be a good time to have a new challenge somewhere else.”

It is not yet clear what United’s stance is regarding Pogba’s future, although boss Ole Gunnar Solskjaer is set on reshaping his squad over the summer.

The Red Devils only managed to finish sixth in the Premier League last season and they are priced at 23.00 to be crowned champions this term, while a perhaps more realistic top-four finish is available at 1.91.