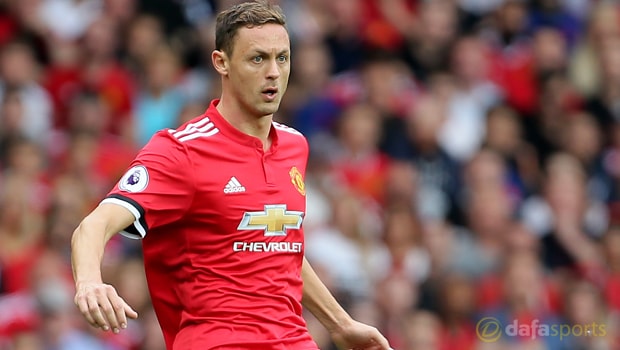 Matic was named man of the match on Sunday as the Red Devils opened their season with a commanding 4-0 win over West Ham at Old Trafford.

Matic helped Chelsea to the title last season but manager Antonio Conte had no problem letting him move on this summer and Mkhitaryan felt it was a mild shock that the Italian rubber-stamped a switch to a direct rival.

“Actually, I am [surprised],” said the Armenian. “But at the same time I am very happy that we have got him.”

Fellow summer signing Romelu Lukaku netted a brace against the Hammers while Jose Mourinho’s third summer recruit, Victor Lindelof, was not included in the matchday squad as he is being given more time to settle at the club.

All three players have the ability to make their mark says Mkhitaryan, who himself required some time to settle after joining United last summer.

“It was not only Matic,” he added. “I want to mention as well the other two new signings, Lindelof and Lukaku. They are very good players.

“They are, I think, Manchester United players. “Lukaku scored his goals and Lindelof is still going to have time to show himself.

So I want to say all the players are good signings and they are going to help us a lot.”

Manchester United are 1.36 to win away at Swansea on Saturday while they are 3.75 to be Premier League champions this season.