McTominay: United standards must be higher 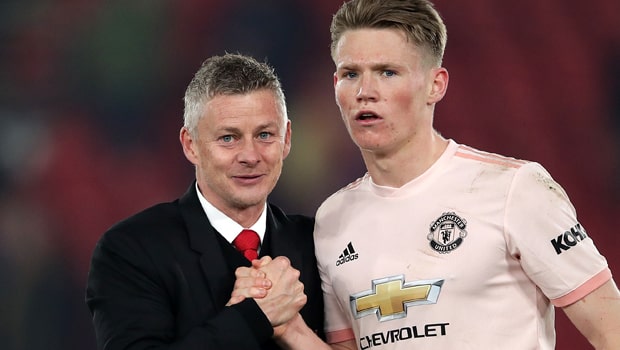 Scott McTominay insists Manchester United must up their game next season and get back to the kind of standards they had during a trophy-laden spell under Sir Alex Ferguson.

United have endured another disappointing campaign and made the decision to part ways with Jose Mourinho in December after winning just seven of their first 17 Premier League games.

The most impressive result came in the Champions League as United overcame a 2-0 first-leg deficit against Paris Saint-Germain to win the second leg at the Parc des Princes 3-1.

However, since Solskjaer was given the job permanently, results have nosedived and the 1-1 draw against Huddersfield Town last time out meant the red side of Manchester could not finish in the top four this season.

Focus is already on the summer window and planning for the 2019/20 campaign and McTominay, who has earned praise for his performances this term, insists everybody needs to raise their level.

“Not just for a game or half a game, or the first half of the season, it has to be about longevity. Everyone has to stick together and it’s time to rebuild.”

United take on relegated Cardiff City at Old Trafford on Sunday on the final day of the Premier League season and the hosts will be looking to end on a positive note.