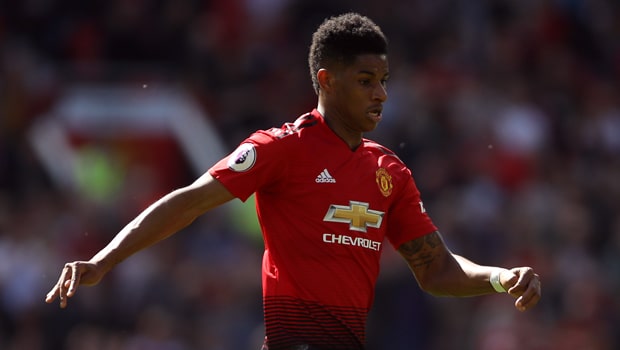 Marcus Rashford hopes Manchester United’s style of play under Ole Gunnar Solskjaer can help him to increase his goal tally.

The 21-year-old forward admits he needs to add more goals to his game, something his manager has already confirmed, and he feels the work the Norwegian is doing in pre-season can help him achieve it. Asked if people should expect more next season, the forward said: “Yeah, 100 per-cent.

“The patterns of play are a big one for me. You know, we can make things more simple for each other, and the more we work on it the better we’re going to get at it. “For me it’s about patience and understanding the development process and keep improving as a team.”

Rashford was a breakthrough teenager at Old Trafford during Louis van Gaal’s tenure and he’s admiring the progress of Mason Greenwood, who scored his first senior goal in a 4-0 win over Leeds United this week in Perth.

Solskjaer said he would have no hesitation starting Greenwood in their Premier League opener next month, while other youngsters like James Garner, Tahith Chong, Angel Gomes and Axel Tuanzebe are all getting first-team recognition.

Rashford, now 21, sees it as further proof that the Red Devils’ long-standing tradition of giving young players a chance to shine remains a core ethos in the club. “They know if they play well and they perform, they’re going to get a chance,” he added.

“It’s nothing to do with how old they are. You know, they’re definitely going to get that opportunity. “For the players as well it’s important to know that, the club’s legacy of bringing players through.”

Manchester United are 2.05 to finish in the Premier League’s top four next season and 21.00 to win the title.