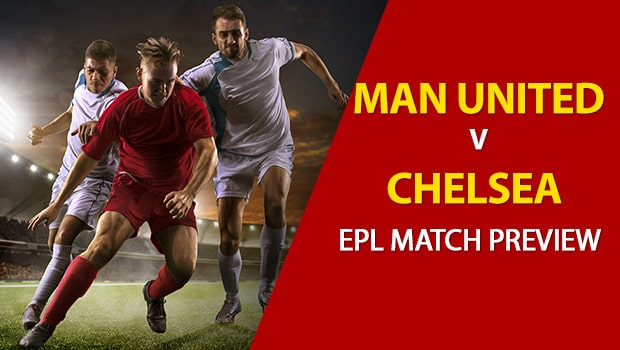 All eyes will be on Old Trafford this Sunday as Manchester United and Chelsea go head-to-head in Premier League action.

Draw: There’s a 29 percent chance the match ends in a draw. There’s a draw in 30 percent of AccuScore sims, suggesting some added side value on the draw, but not much.

Playing with a Sense of Urgency: United are in a must-win situation. Well, sort of. The loss to Everton leaves them two points off the top four — with games against Chelsea and Manchester City coming up.

There’s a 36-to-37 percent chance Manchester United win this match in regulation. That happens in 40-to-41 percent of simulations, showing some added side value on the pick. This is a 4-star (out of four) hot trend pick.