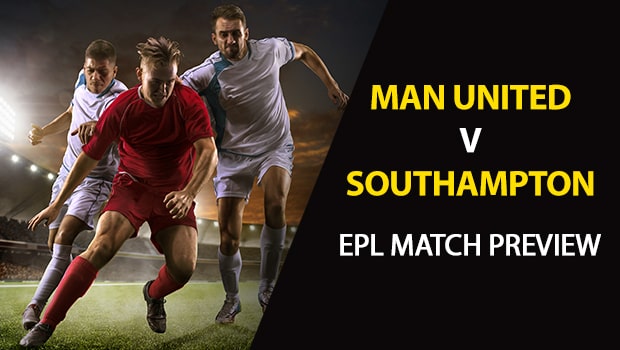 Manchester United gets set to host Southampton Saturday at Old Trafford. With Man U sitting just 1 point behind Arsenal right now, watch for the home side to come out aggressive.

Draw: There’s a 23.2 percent chance the match ends in a draw. There’s a draw in 21 percent of AccuScore sims, suggesting no added side value on the draw.

Recent Matches at Home: United’s recent streak at home hasn’t been anything to write home about. They have 2 draws and 1 loss at home within the last month — albeit to strong competition like Liverpool and PSG. They did finish in a 2-2 draw vs Burnley at home on Jan. 29 also.

Cards Galore: Southampton is No. 2 in the Premier League with 54 yellow cards. United is No. 4 with 52 on the season. Expect some penalties in this matchup.

Romelu Lukaku has close to a 43 percent chance to score for United. He averages 2.52 shots overall per sim, 1.38 shots on goal per and 0.56 goals per sim.

Man U to win

There’s a 63 percent chance Man U gets the win; they win close to 69 percent of AccuScore sims, suggesting some rare added side value on the heavy favorites. This is a 4-star (out of four) AccuScore hot trend pick.