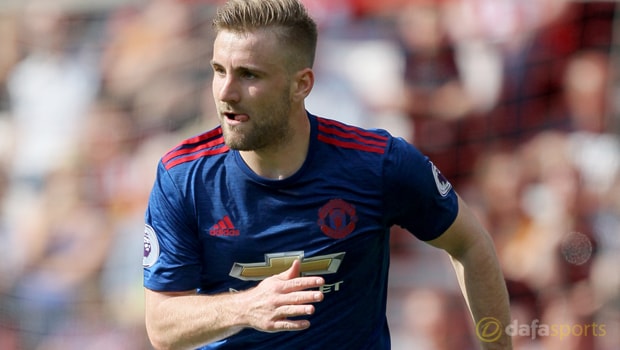 The Red Devils, 2.25 to win the Europa League, continued their charge for the top four with a comfortable victory at the Stadium of Light.

Goals from Zlatan Ibrahimovic, Henrikh Mkhitaryan and Marcus Rashford piled more misery on Sunderland as they moved closer to the drop.

After the full-time whistle, Mourinho singled out Shaw for his display after he played 61 minutes and grabbed an assist.

Mourinho had recently criticised the 21-year-old for his performances but the former Porto coach was full of compliments on Sunday.

“He came off because he had a yellow card and the crowd was putting pressure on the referee.

We fear that situation but the performance was quite solid.” United maintained their push for the top four thanks to the win and Mourinho was pleased with his side’s response under pressure.

He added: “The result was good. We reacted to the results of yesterday because Man City and Liverpool won and it left us in a position of ‘yes or no?’ and it was a yes.

“They fought hard, they gave everything they could but you could feel that negative feeling around a team who is close to relegation.

We controlled the match and with the second goal immediately, it was finished.”