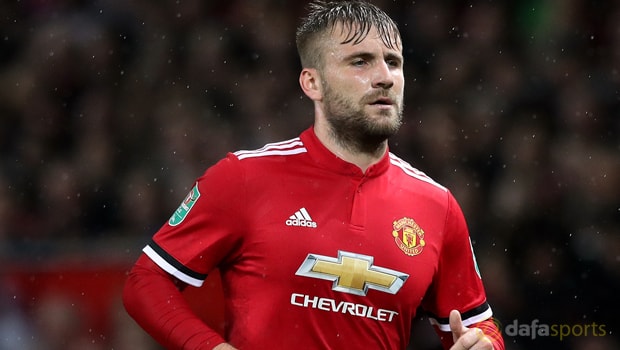 Manchester United left-back Luke Shaw says he would like to work under Mauricio Pochettino once again.

The 22-year-old is currently working under Jose Mourinho but the duo have not had the best of relationships since the former Chelsea boss moved to Old Trafford.

Mourinho previously claimed Shaw needs to improve on his fitness but he has struggled ever since breaking his leg in September 2015.

Shaw has been linked with a move to Spurs in recent years, with United also interested in Tottenham man Danny Rose.

The former Southampton star worked with Pochettino at St Mary’s for several seasons and they helped the Saints secure a top-eight finish in 2014.

When asked about his future plans, the England international admits he would like to team back up with the Argentinean.

Shaw, writing in the epilogue of Guillem Balague’s Brave New World: Inside Pochettino’s Spurs: “I think with Southampton he achieved the impossible.

We were one of the best footballing teams in the league… I do hope that I can play for him again one day. And I think he really wants me to play under him again.

“He used to call me his son, that’s how good our relationship was. I’ve had lots of ups and downs, but when I was with Pochettino it was only ever up, up, up.

“He made me feel that I was the best. He’d show me clips of my games and say, ‘You should do this better’. Not in a horrible way.

Shaw will come up against Pochettino this weekend when Spurs travel to Old Trafford and they are 3.40 to get the three points. The Red Devils are 2.25 to win, with the draw 3.25 with Dafabet.