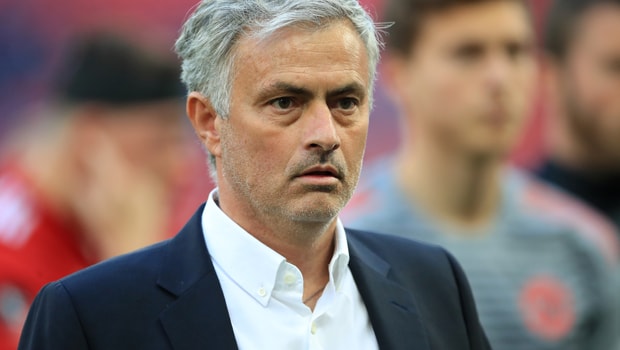 Jose Mourinho has described Manchester United as a “group of players” as opposed to being a team following the goalless friendly draw against San Jose Earthquakes on Sunday evening.

The Red Devils’ chief remains without several of his regular first-team stars on the US tour because of their involvement in the World Cup in Russia.

As a result Mourinho again fielded a side mixed with experienced heads, such as the returning Alexis Sanchez, Eric Bailly, Luke Shaw and Anthony Martial, and the younger element of his wider Old Trafford squad for the game at the at the California Memorial Stadium in Santa Clara.

However, following a 1-1 draw against Club America on Thursday, United again failed to secure a win against the Earthquakes, while Antonio Valencia was forced to limp out of the game during the first half with an unspecified injury.

When quizzed about his feelings on the second successive draw of the tour, Mourinho told MUTV: “We are not a team. We’re a group of players from different teams.

“Some are first-team, some under-23s, some coming from loans and going on loan, some are younger, under-18s. We don’t have a team to play much better than we did but [it’s] one more training session.”

On Chile international Sanchez’s return after missing the opening game because of visa issues, the Portuguese tactician added: “He needed this and he made a good effort, a good physical effort, which is important for him in this moment.”

United face AC Milan in the International Champions Cup at the StubHub center in California on Wednesday night and are 11/8 to pick up a win while the Italian giants are priced at 7/4 and the draw is 5/2.