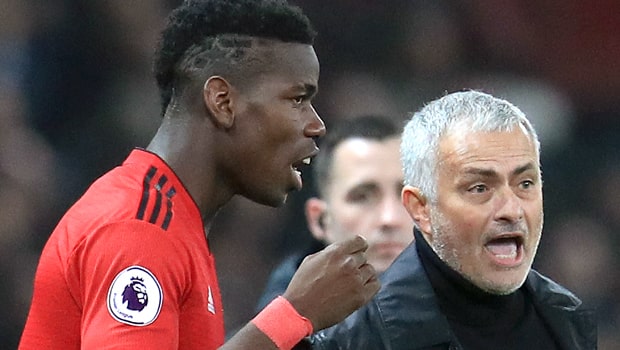 Manchester United boss Jose Mourinho has urged Paul Pogba to lead from the front when his side take on Valencia in the Champions League on Wednesday night.

The Red Devils have already qualified for the knockout rounds but they need winless Young Boys to get a result against Juventus so they can finish top of the group.

The chances are slim and Mourinho is set to field a weakened XI for the trip to Spain.

He has one eye on Sunday’s big meeting with leaders Liverpool in the Premier League but Pogba is set to start at the Mestalla.

He was dropped for the recent games against Arsenal and Fulham but Mourinho is expecting a big response from the World Cup winner.

“So, I hope people like Paul and a couple of others, that are normally in the team and have the number of miles players need to have a good level, can have a good impact on the team.”

Although Mourinho is set to make changes, the former Chelsea coach insists he is fully focused on the game against Los Che.

He added: “It’s not about Liverpool – I am about the match tomorrow (Wednesday). Football is football and anything can happen.

“Normally, Juventus should win the match in Switzerland, so I don’t think the result of the match tomorrow will have an impact on finishing first or second.

“But it is a football match, a Champions League match. It is Manchester United, professional players, and we want to do well.”